The eleventh race of WFGT Towerrunning Challenge was held at the Macau Tower on October 13. It was the 18th edition of this amazing race. Congratulations to our winners: Wong Kit Muy Corrina ( Hongkong ) and Soh Wai Chin ( Malaysia ). Stay tuned for the next race which will take place in Chicago at Willis Tower on November 3rd!  #StairsUp #Towerrunning #WFGT #greattowers

Congratulations to all that participated in our WFGT Towerrunning Challenge at the Seattle Space Needle on September 29th! Special shout out to our winners, Tristan Roth and Jessica Pickett, both from the U.S. This was one of our most exciting races yet with more than 2 500 runners climbing 52 stories!  #StairsUp #Towerrunning #WFGT #greattowers 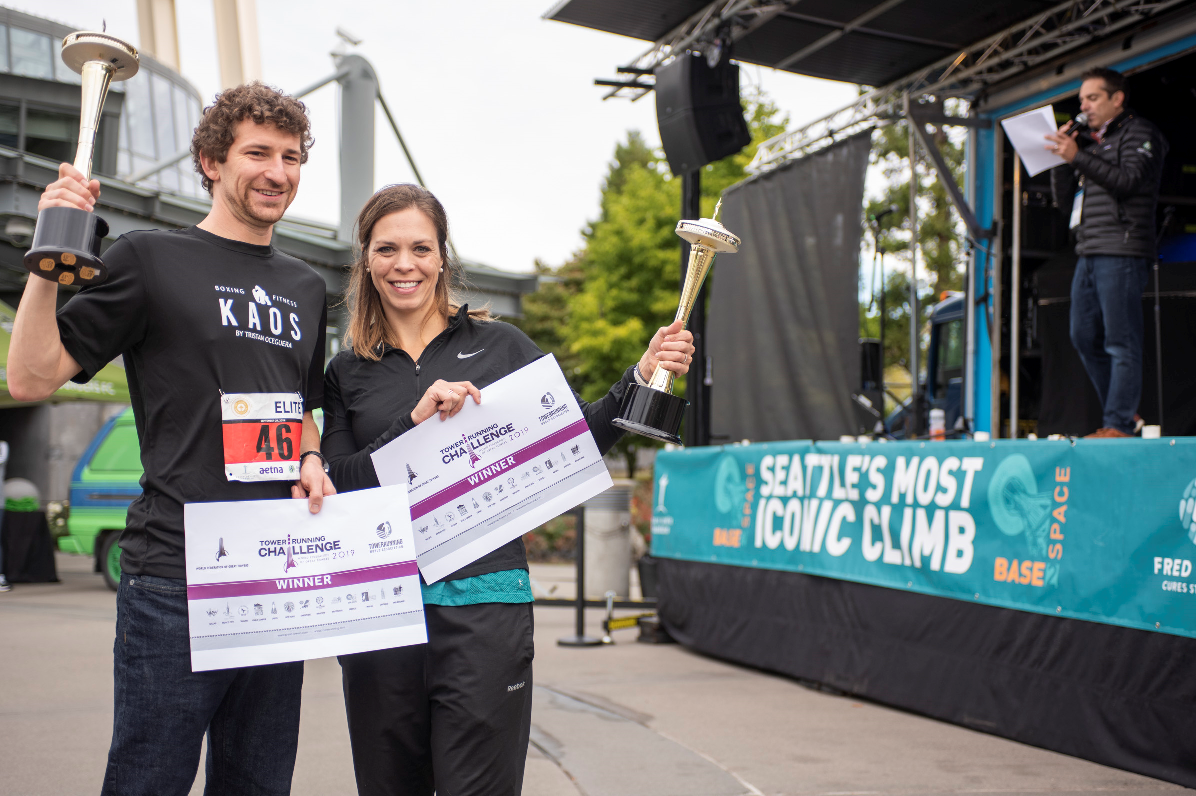 That’s a wrap! UFO WFGT Towerrunning Challenge was conquered by 150 competitors from 17 countries! All the Elite runners had to climb the UFO three times in a very short time. Congrats to our winners Veronika Windisch (Austria) and Tomas Celko ( Slovakia )! Next stop – Seattle’s Base2Space in USA on September 23rd! #WFGT #Towerrunning #StairsUp 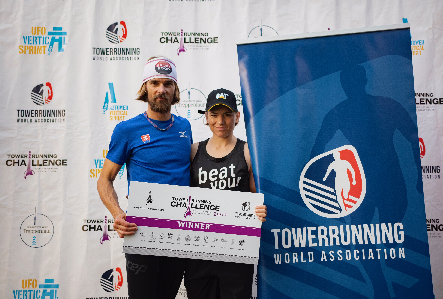 Ostankino Tower Run was a huge success! 19 years after the first race was held at Ostankino Tower is the highest stairclimb in Europe back on map. Valentina Belotti from Italy and Piotr Lobodzinski from Poland are the new crowned winners! Moving to Bratislava, Slovakia for our next race which will be held on August 31th at UFO Tower. A big thanks to our close partnership with Towerrunning World Association & all WFGT members participating! ‪#‎stairsup‪#‎towerrunning ‪#‎wfgt ‪#‎greattowers

Sky Free Tower - International Vertical Marathon Masters is a history!  Big surprise this time as the local Chinese runners Muhua Jian and Zhisen Liu  won in both categories!. On a sunny day more than 500  finisher climbed - 3 201 steps to the observation deck on level 116 of the tower, 541 meters about ground!  Tune in on August for more Towerrunning competition in Australia at Sydney Tower! #StairsUp #Towerrunning #WFGT #GreatTowers 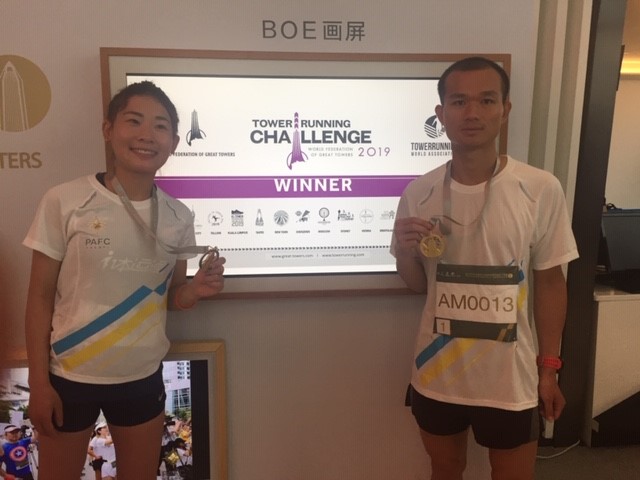 The sixth race of WFGT towerrunning Challenge was held at the Empire State Building on May 14. It was the 42nd edition of the oldest stair climb race in the world! Congratulations to our winners: Suzy Walsham ( Australia ), with her all time record 10th win and Piotr Lobodzinski ( Poland ), with his 2nd win. Stay tuned for the next race which will take place in Shenzhen at PingAn Finance Centre on May 26th!  #StairsUp #Towerrunning #WFGT #greattowers 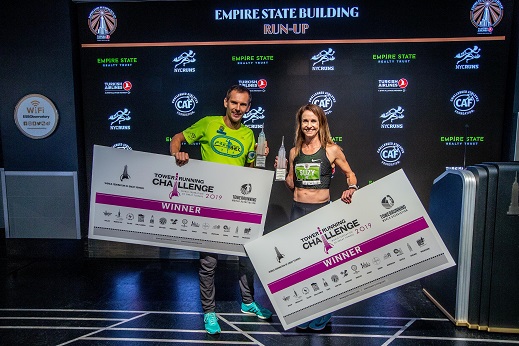 Congratulations to all finishers from the Taipei 101 Run up! and the repeat winners are Suzy Walsham from Australia and Piotr Lobodzinski from Poland. We wrapped up this race with over 4500 runners from almost 50 countries finishing their climb of 2046 stairs and 91 floors up. Tune in on May 14 for more Towerrunning competition in America at Empire State Building in New York! #StairsUp #Towerrunning #WFGT #GreatTowers 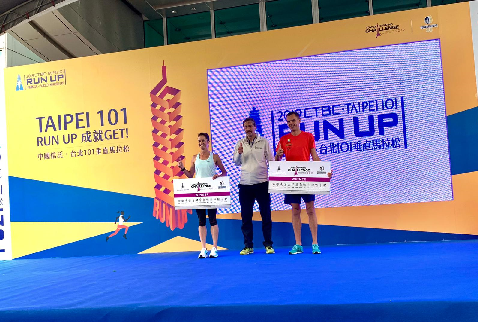 KL Tower International Towerthon is a history! After a fierce competition the winners are Tan Bee Kiang and Soh Wai Chin. We are moving now to Taipei, Taiwan for our next race which will be held on May 4th at Taipei 101. A big thanks to our close partnership with Towerrunning World Association & all WFGT members participating! ‪#‎stairsup‪#‎towerrunning ‪#‎wfgt ‪#‎greattowers 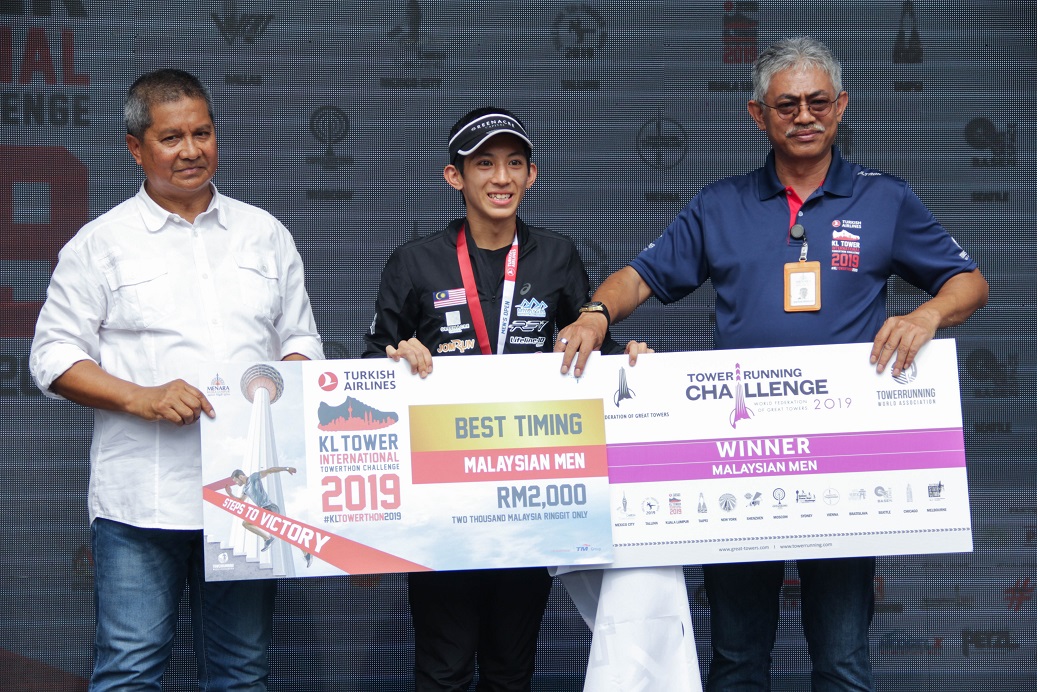 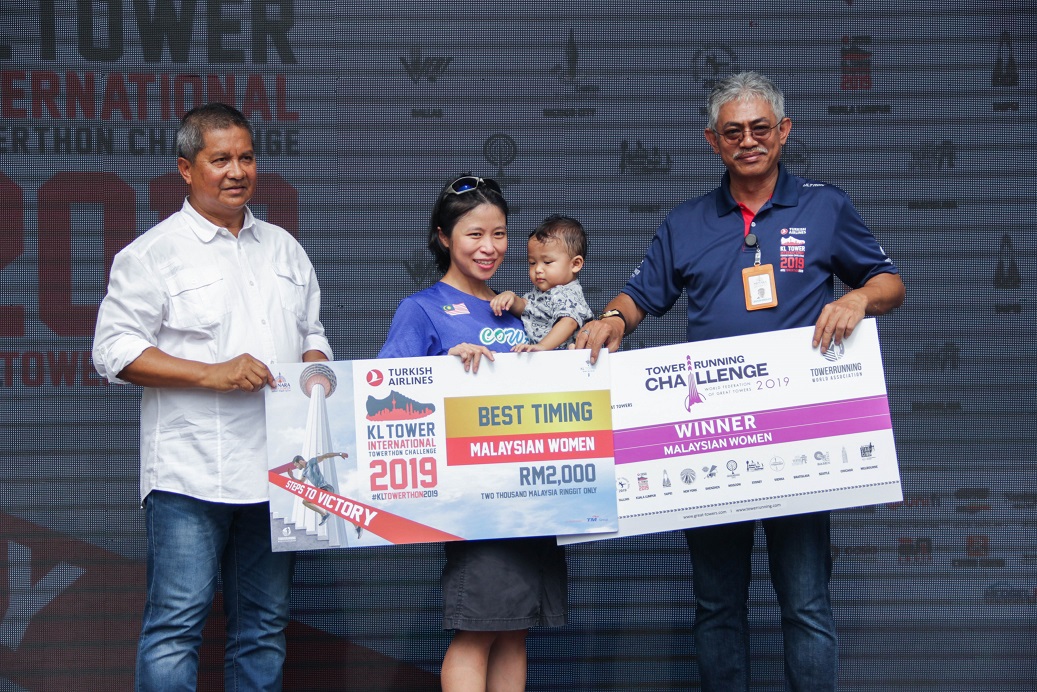 The 3rd race of the WFGT Towerrunning Challenge 2019 was held at the TV Tower in capital of Estonia - Tallinn on April 7th. It was the 8th edition, which is arranged annually for the reopening of the Tallinn TV Tower. Congratulations to our winners: Kaisa Kukk (Estonia) , with her all-time record win 5:40 and Gorge Heimann (Germany), for his maiden win. Stay tuned for the next race which will take place in Kuala Lumpur at Menara Tower on April 21th! 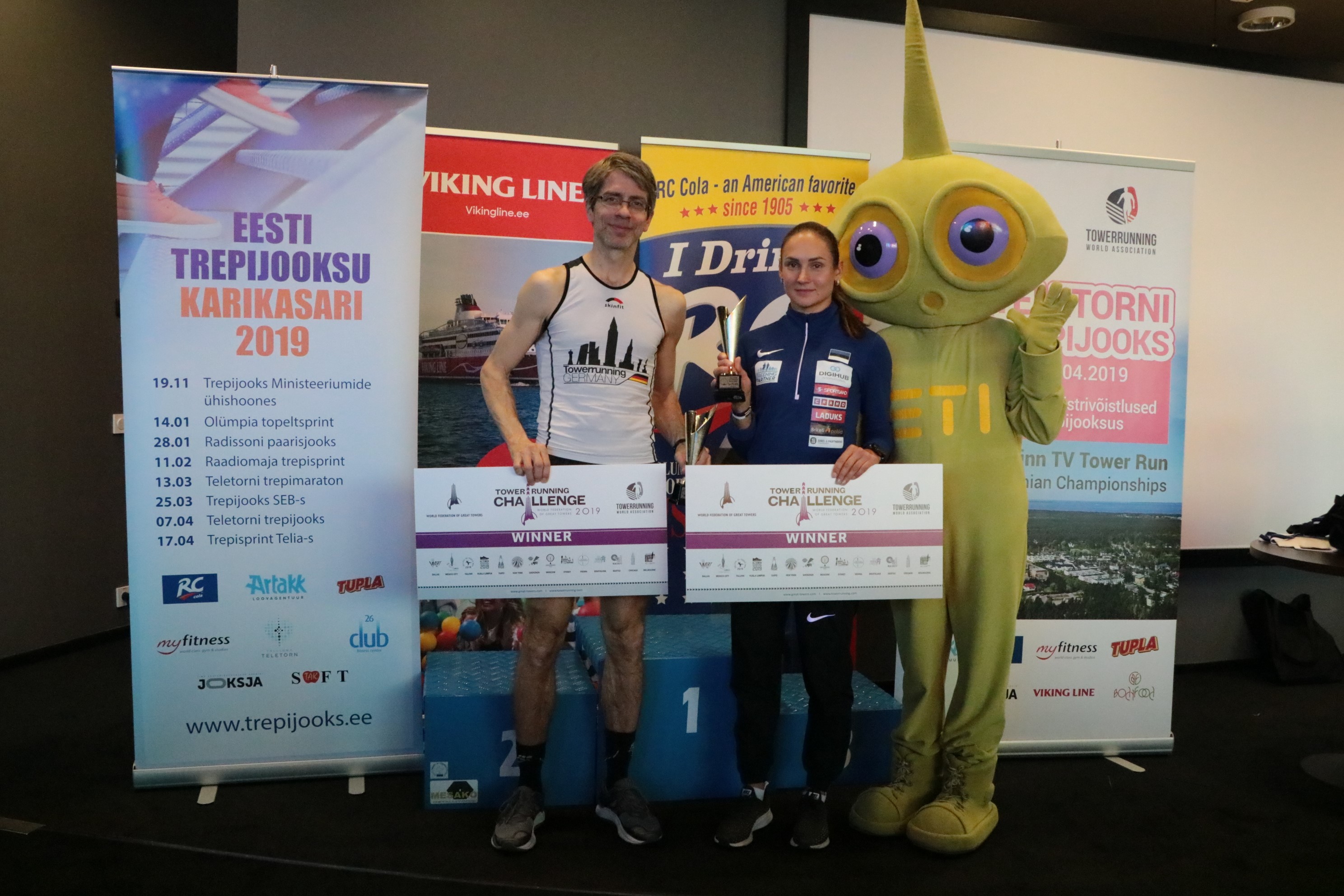 That’s a wrap! The Carrera Vertical Torre Latinoamericana  attracted over 500 runners and a group of Californian firefighters! We had runners represented from 14 different countries as well. Congratulations to our winners for repeating their wins from last year, Frank Carreno from Colombia and Rocio Carrera from Mexico! Next stop: Tallinn TV Tower Run in Tallinn on April 7th! Stairs up! #towerrunning #wfgt #greattowers 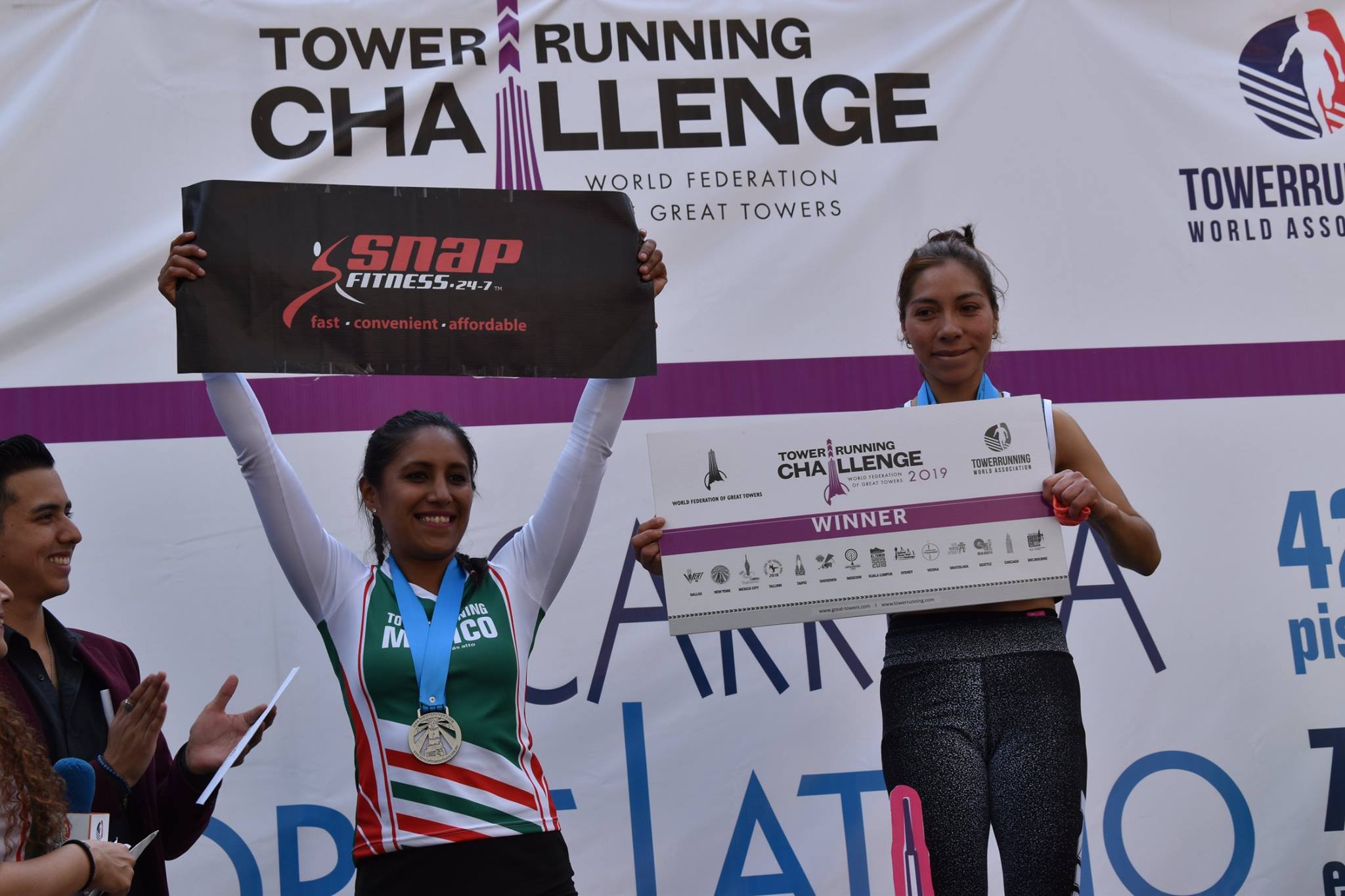 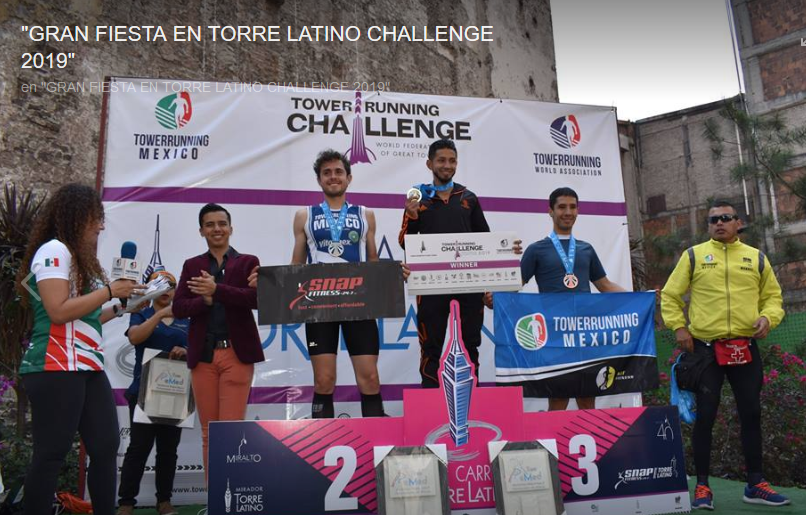 The third edition of Dallas Vert Mile at Reunion Tower was a huge success! Congratulations to our winners Maria Elisa Lopez from Mexico and Alex Workman from USA!. Additionally the 3 lap climb and a 12 lap climb were organized too. Next stop: Mexico City, Towerrunning Challenge Torre Latino on March 10, 2019!  #towerrunning #wfgt #greattowers 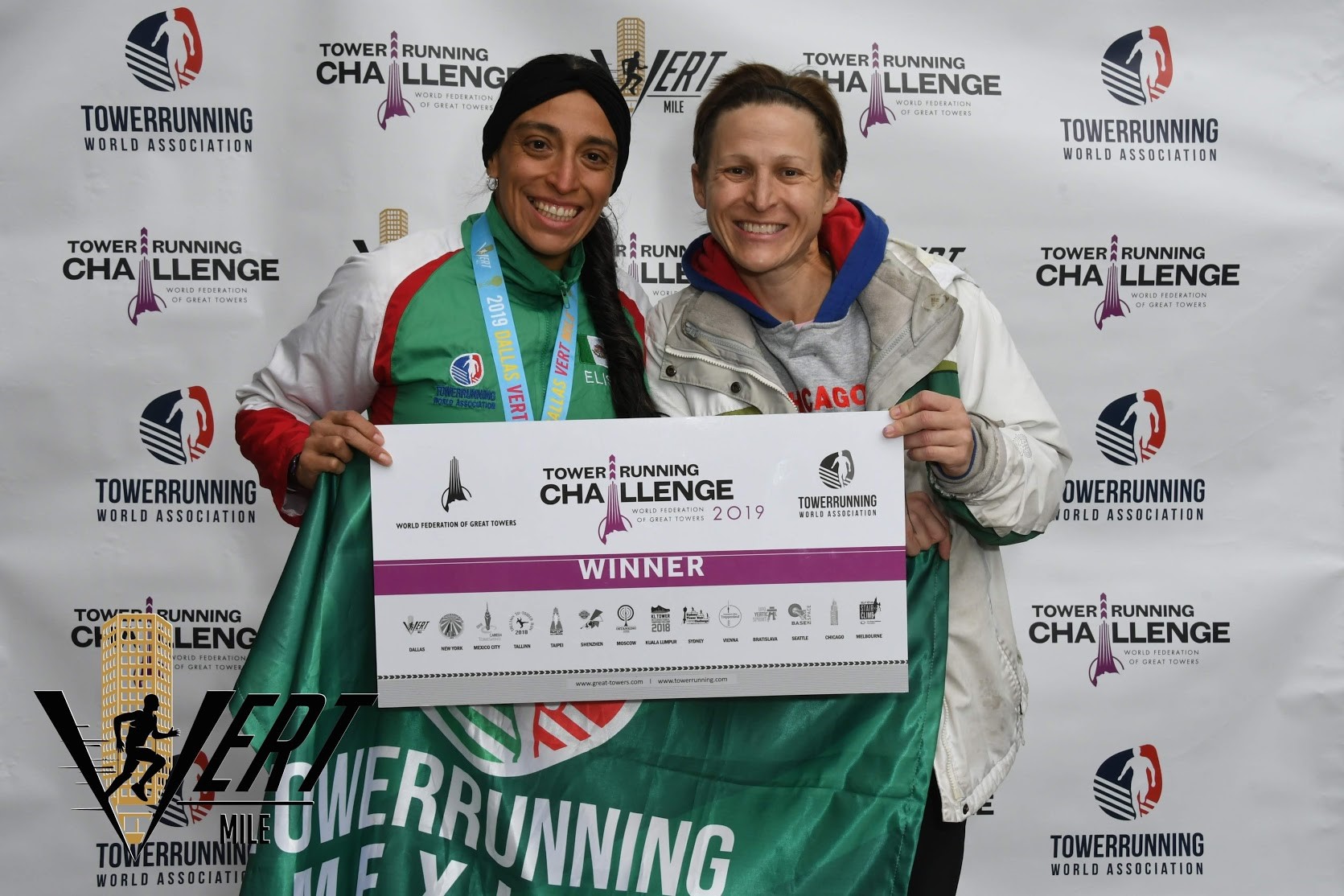 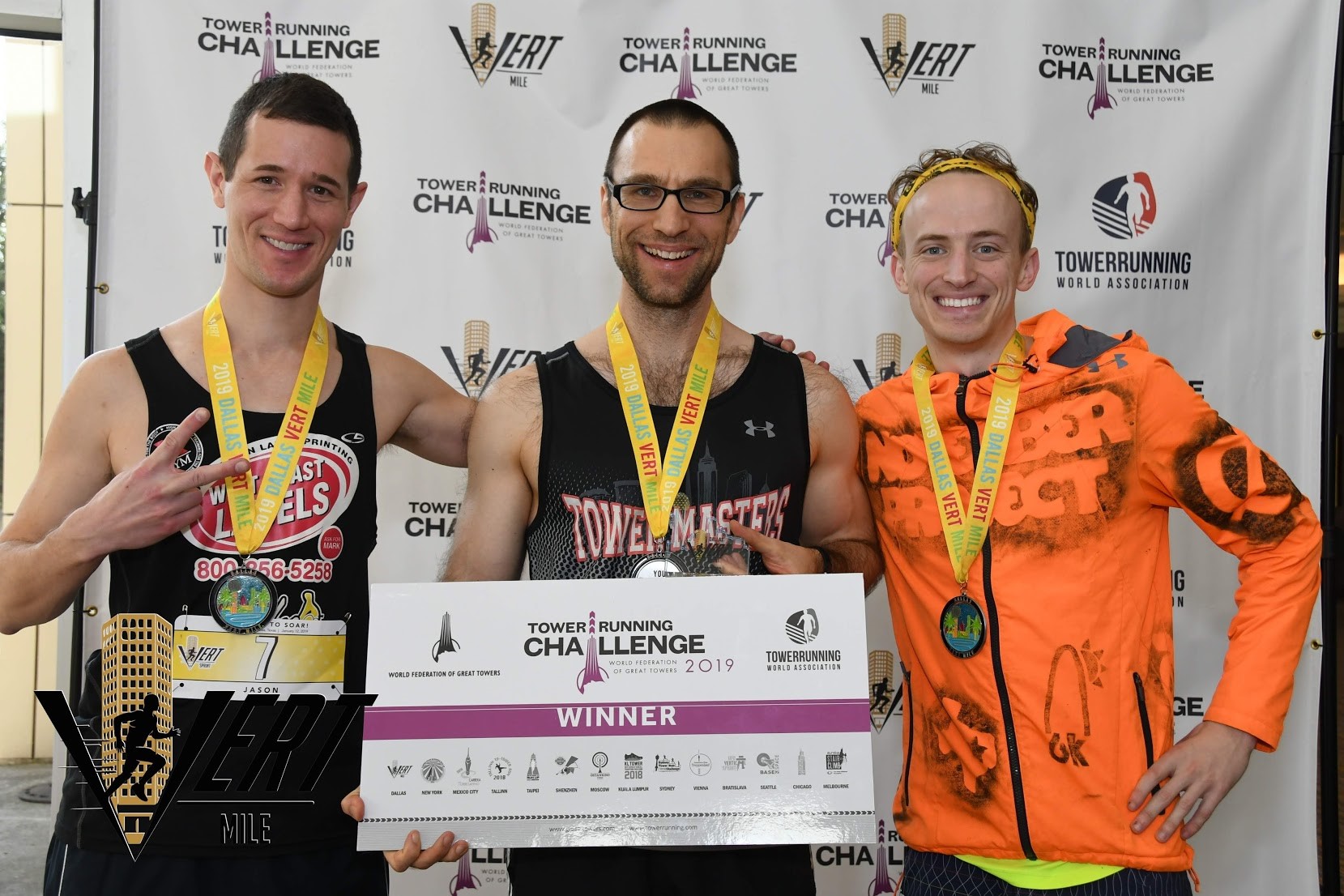 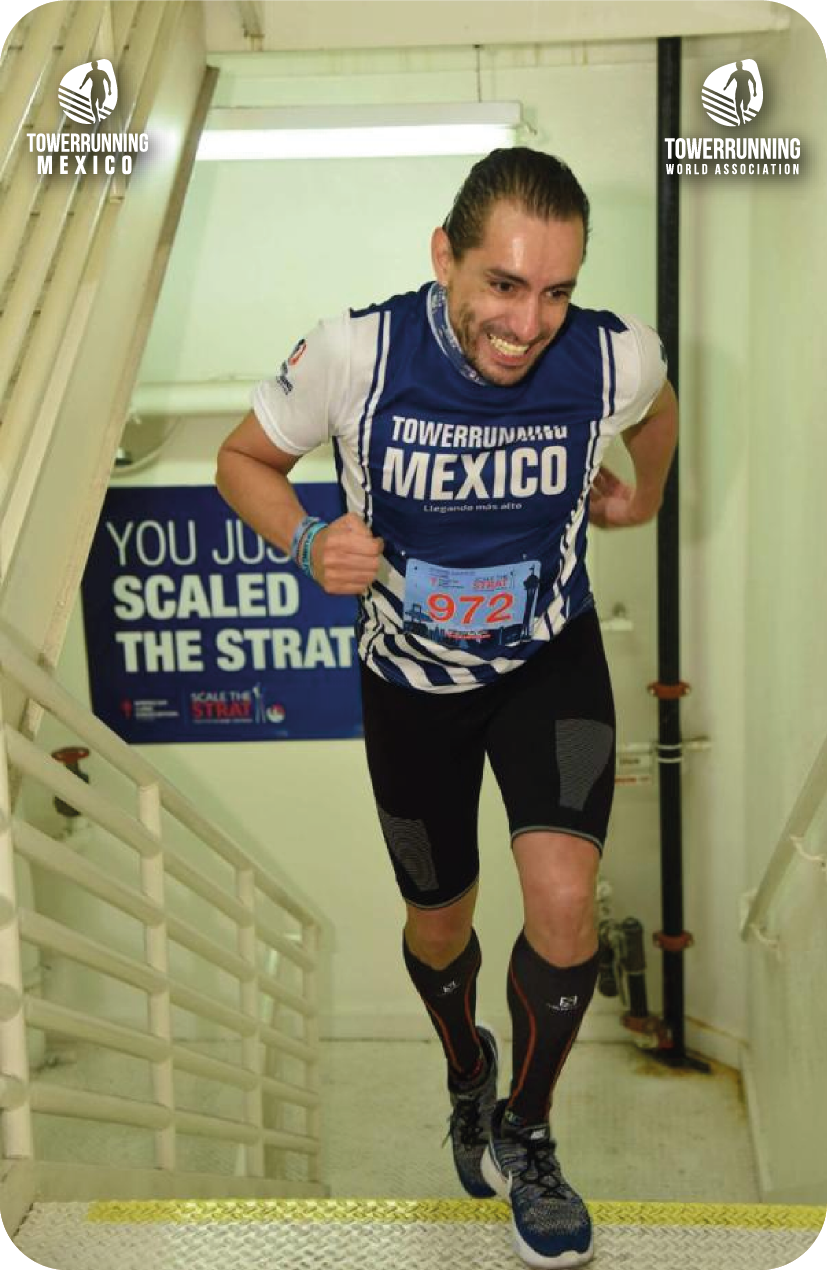 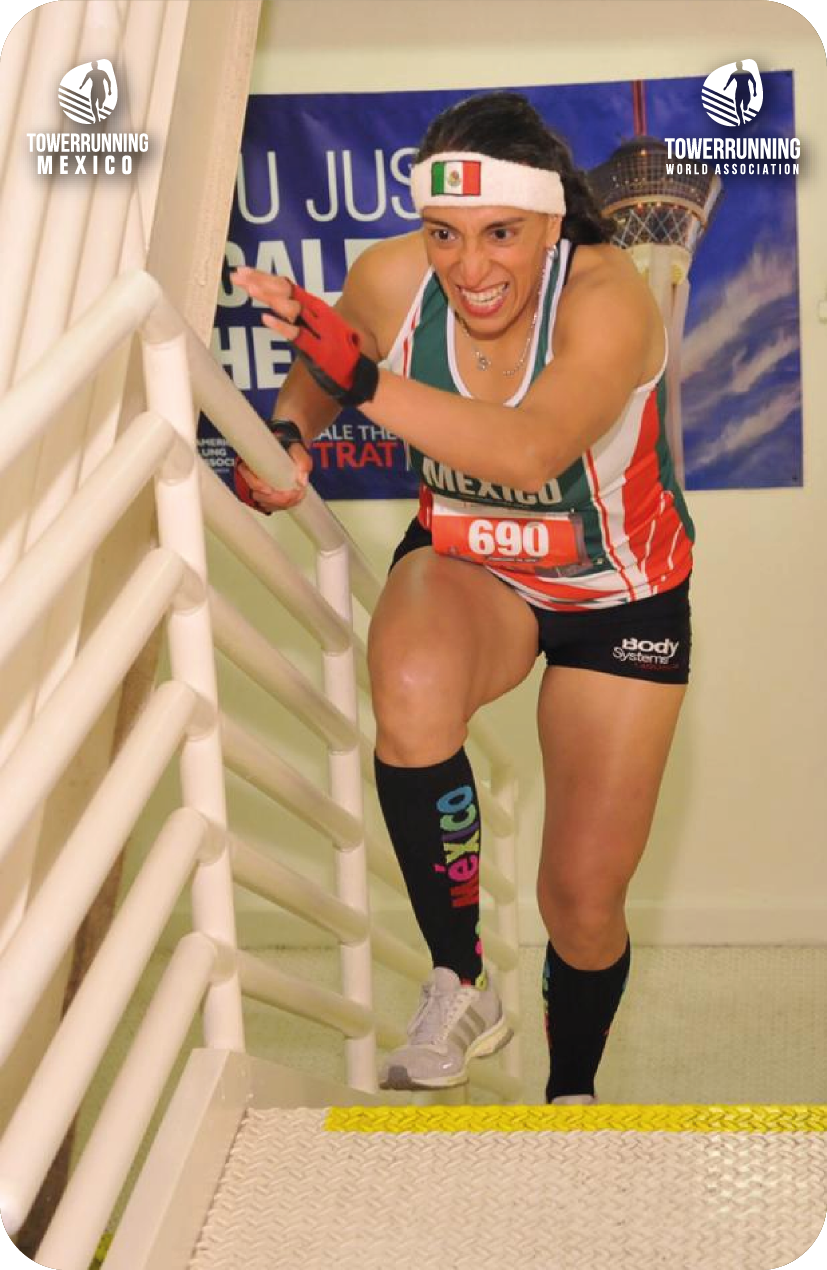 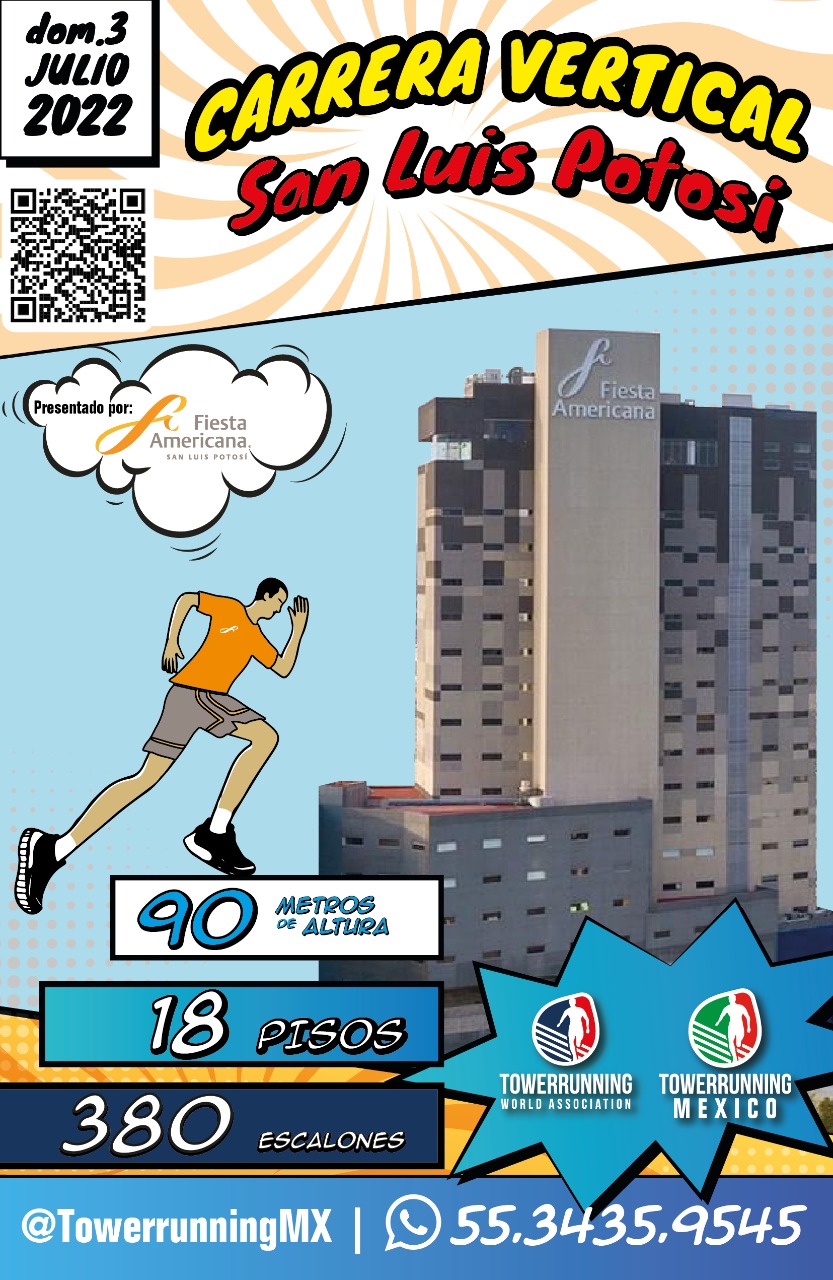 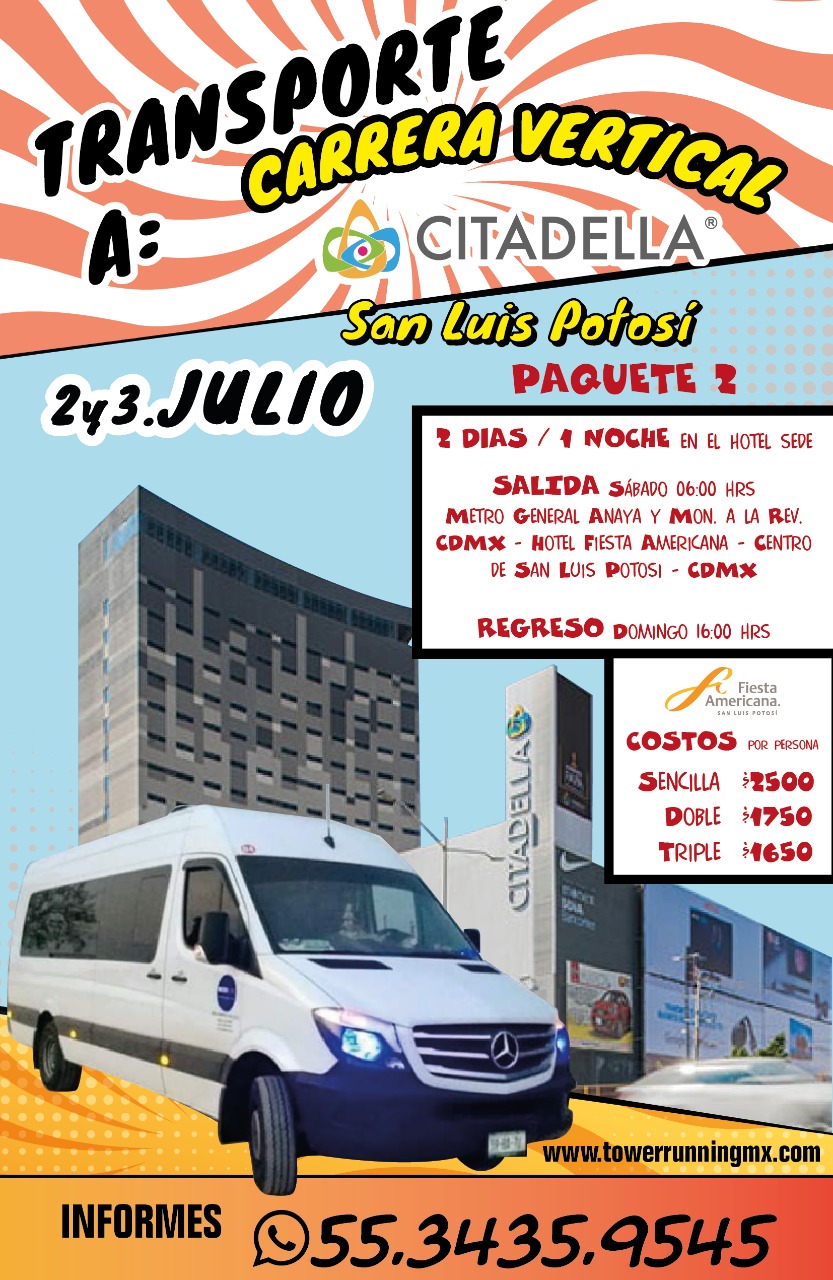 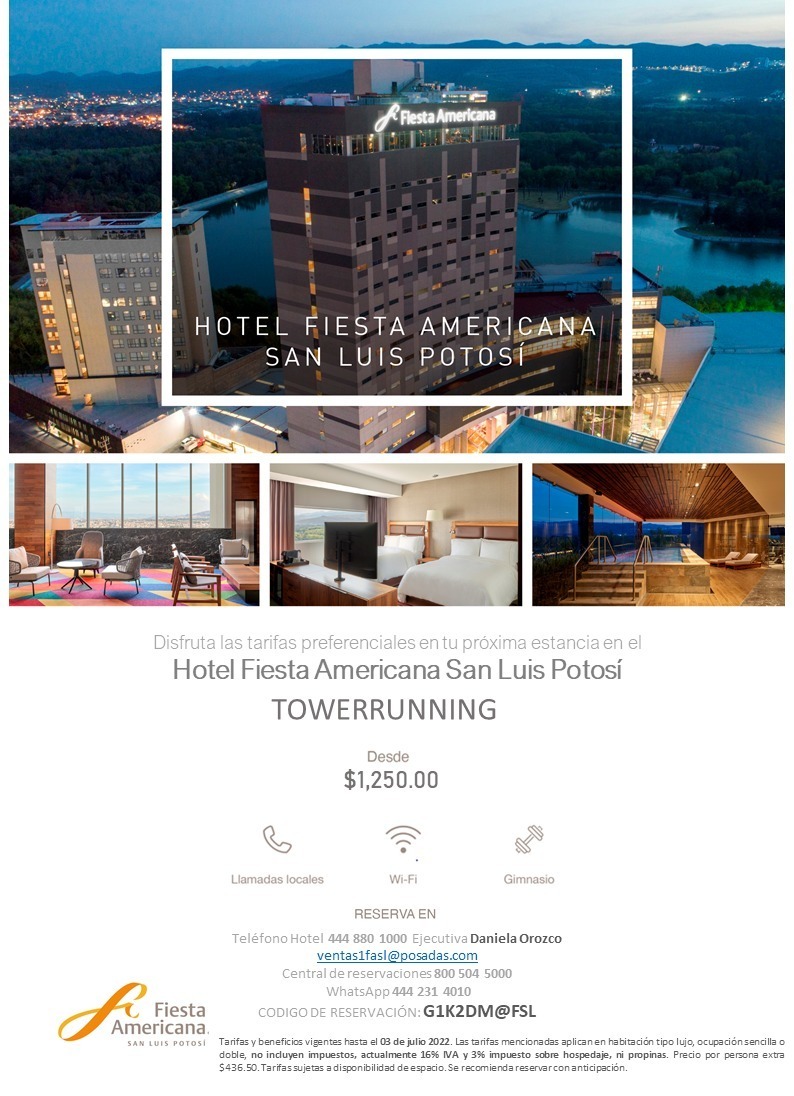 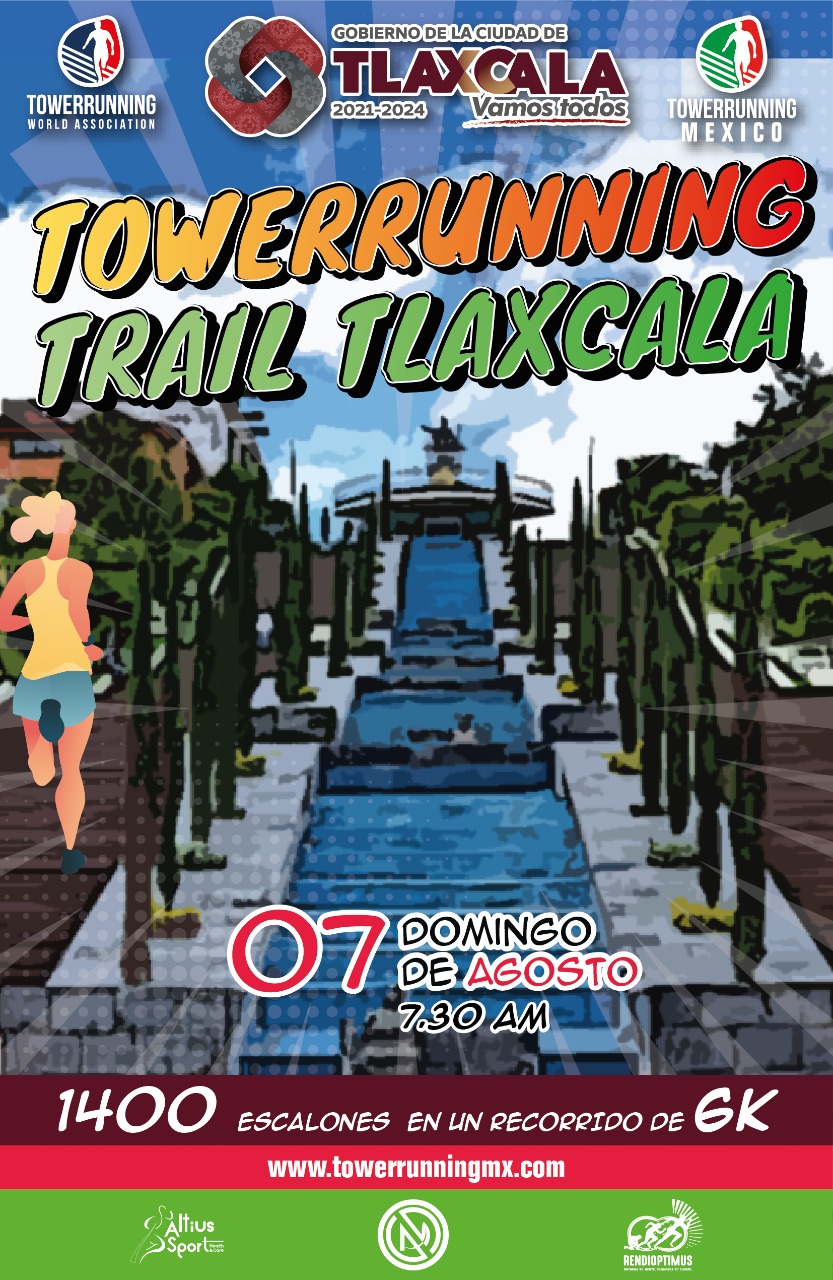